This underlines KBC's decision to address the impact of digitisation and the efficiency exercise on the workforce in a gradual way, with KBC giving priority to the redeployment and retraining of employees. This collective bargaining agreement is an important instrument in the current social context, both in terms of job security for employees and in terms of accompanying measures in the field of redeployment, retraining and end-of-career.

BBTK also joins the collective agreement on time flexibility previously only signed by ACV-Puls. KBC and the two signatory social partners commit themselves to make an evaluation of this collective agreement in the near future and to think together about the labour organisation of the future, among other things based on the experiences of the past and the corona crisis. They have also made a commitment in principle to start discussions on the modalities of an experiment Sunday work in KBC Live as soon as this becomes practically possible within the legal limits.

In this way ACV-Puls and BBTK indicate that, just like KBC, they want to tackle the challenges of the future with an open mind and a solution-oriented mindset.

KBC already proposed to the social partners last year to set up a limited experiment for Sunday opening in which a limited number of employees (only a few dozen) in KBC Live also serve customers on Sundays. The experiment would run for the duration of the collective bargaining agreement, entirely on a voluntary basis for the employees and with additional compensation. Afterwards, this experiment could be evaluated together with the employee representatives with a view to its continuation or not.

In previous negotiations, some employees' organisations had expressed their willingness in principle to talk about such extended flexibility. For KBC, this is a logical next step, which contributes to further improving accessibility for clients and thus also to the growth and stability of the company in the context of social evolution.

During the negotiations, one of the employee groups (ACLVB) objected in principle to such an overall agreement, in which, in addition to provisions on, among other things, job security and end of career, this experiment for a more flexible operation would also be included in KBC Live.

In January 2020, at the request of ACV-Puls, KBC temporarily extended the collective bargaining agreement expiring at the end of 2019 until 30 June 2020, until after the social elections scheduled in May. At the end of January, KBC offered to restart negotiations on a new Collective Bargaining Agreement and at the same time the discussion of a modalities framework for an experiment on Sunday within KBC Live. However, ACLVB did not wish to conduct negotiations as KBC was still striving for a global agreement on employment and flexibility.

Because the social elections have been postponed and the collective bargaining agreement expires at the end of June, the social partners recently asked to restart the discussions on employment.

In mid-June, negotiations on a new CBA were restarted, leading to the current agreement with ACV-Puls and BBTK.

Consumers in general and therefore KBC customers expect agility and accessibility today. They expect a flawless and customer-friendly process, and instant-decisions and -services of companies and organisations. Since 2012, KBC has been gradually and thoroughly changing the company, the organisational structure, the distribution network and the way it works, in line with that changing behaviour of its customers. KBC is responding to this with the extended opening hours of KBC Live (08h-22h during the week and 08h-17h on Saturdays). However, KBC notes that customer expectations continue to evolve, partly under pressure from other e-commerce and fintech players.

The proposed experiment fits within the strategy whereby the distribution model evolves towards an optimal combination of human and digital service.

Due to the increasing digitalisation of KBC customers and their immediate needs, KBC sees that customer behaviour and expectations are changing. These are influenced by their experiences in the banking and other sectors. In addition to a personal offer, tailored to the user and an excellent service, players such as Bol.com, Amazon, etc. also provide a seamless integration of different channels and services. This change brings with it that customers also want a seamless, instant approach via KBC's remote channels.

The customer will increasingly initiate his interaction via the KBC digital channels and may also need a human contact moment with KBC during his "customer journey". As a result, it is no longer the office hours that determine the moment of interaction, but rather the customer who chooses the moment of interaction. Since KBC determines that customers are also active on Sundays via the digital KBC channels, KBC wants to set up a limited experiment to offer human contacts via KBC Live on those days as well.

What are the basic modalities of the proposed experiment? 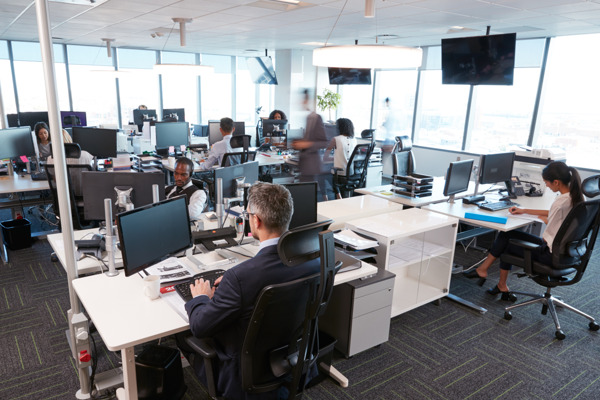