Why did KBC develop K’Ching?

Youngsters use their mobiles in a different way and interact in a different way with their apps than adults. Therefore apps developed for youngsters must have specific requirements such as the ability to personalise, ease of use and extreme simplicity. Convenience is key.

KBC is using K’Ching to experiment both in how far it can or should take that convenience, and in how it can promote it (e.g. experimental marketing and social media…).

Lastly K’Ching allows KBC to contribute to the financial literacy of young people.

What makes K’Ching so unique?

K’Ching differs from the mobile banking app from the very core conceptual level in that:

The latest developments in the release of 21 June focus on:

Since the start KBC has developed the app in close cooperation with youngsters.

Based on IBM Watson, KBC first built a “Youngster” AI chatbot on Messenger and invited a subset of the youngsters community to take part in this experiment, in order to ‘train’ the chatbot.

In April , KBC replaced the primitive keyword conversation chatbot, that had been in K’Ching from the beginning, by the AI chatbot with Watson and just let youngsters discover it,  by way of test.

KBC wants to enrich the chatbot and integrate it with KBC systems allowing users to request account balances or ask for a new bank card.

KBC has already received several requests to make the platform available to all youngsters.

Lastly KBC is also looking at ‘exporting’ K’Ching to other KBC core countries. 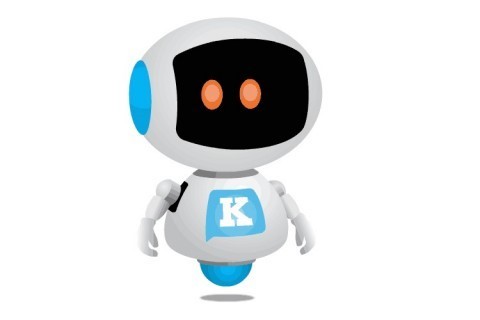