o   The persistently low rate of interest on savings accounts means that savers continue to look for new ways to achieve return. Investing small amounts over time makes investing accessible to everyone.

o   In 2018, there was an 18% increase in the number of new investment plans opened, with the average amount invested being 250 euros per month. This continued the trend that had been evident in 2016 and 2017.

o   At the end of November, 'Invest your spare change' was launched, an investment plan in KBC Mobile where daily payment transactions on current accounts are rounded up to the next full euro amount and invested. Less than a month after being unveiled,
3 100 customers were already using this new investment feature. The average roundup amount they invest is 0.90 euros per day.

o   More and more customers are using digital channels to manage their investment portfolio. Over 60% of new subscriptions to the Pricos pension savings fund – and almost 80% of additional deposits – are now made digitally.

o   One in every two investment plans (incl. 'Invest your spare change') is now opened through a digital channel.

Due to the climate of low interest rates, term investments continued to hold little appeal in 2018, apart from:

o   The Cash Plan (Up) 2Y6M, which combines a fixed return that goes up at set intervals with the repayment of a portion of the initial investment on pre-set dates.

o   Savings certificates denominated in US dollars, due to the higher rate of interest paid and because the dollar is still the world's lead currency.

Total deposits on regulated savings accounts held at KBC and CBC in Belgium: (To compare the figures for KBC accurately with those of other financial institutions operating throughout Belgium, aggregate figures have to be used).

Aggregate volume of funds on regulated savings accounts held at KBC and CBC:

Volume of funds on regulated savings accounts held at KBC and KBC Brussels (operating in Flanders and Brussels):

Volume of funds on regulated savings accounts held at CBC (operating in Wallonia): 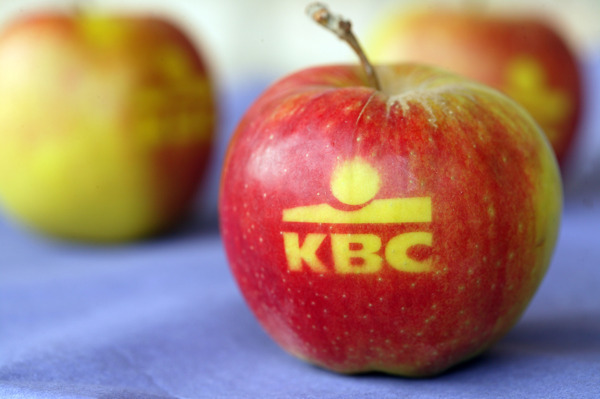