‘During the recent economic and financial crisis that hit the country, our colleagues in Ireland have gone through very tough times. We admire the resilience and strong determination they have shown in those challenging circumstances and how they managed to return to profitability as soon as 2015, earlier than we had anticipated. On the back of the encouraging turnaround they achieved and strong results for financial year 2016  (net profit after tax of 184 million euros) and after having made a thorough analysis, we believe Ireland is a sound and attractive market which presents opportunities and in which we wish to play a more active role. Ireland  provides diversification to our operations in Western and Central Europe. Going forward, Ireland will be a core market in which KBC will continue to invest. KBC Bank Ireland will be the customer-centric bank of the future where digitalisation will support a great customer experience. Moreover KBC Bank Ireland will be a frontrunner in the digital transformation of the KBC Group where digital solutions will be tested for further group-wide roll-out. We believe we have the people in Ireland with the right skills, the energy and determination to do this and we are ready to support them.  In the medium and long-term this customer-centric approach, combined with the differentiation through innovation, partnerships and collaboration will result in a sustainable future-proof business model and financial results for KBC Bank Ireland, to the benefit of its customers, staff and all other stakeholders.’

Luc Gijsens, CEO of KBC’s International Markets Business Unit and Chairman of the Board of KBC Bank Ireland added:

‘KBC has been present in the Irish market since 1978 when we acquired Irish Intercontinental Bank (which became KBC Bank Ireland in 2008). We’ve been through boom times and recessions but we have always maintained a belief in Ireland and supported our Irish colleagues. I would like to extend my thanks to CEO Wim Verbraeken, his management team and staff who have led the organisation over the past years as it transformed itself into a relevant retail bank in the Irish landscape. I am convinced that both the customers and the employees of KBC Bank Ireland as well as all other stakeholders will benefit significantly from our decision to strengthen and invest in the KBC franchise here. KBC wants to play an increasingly important role in supporting the local Irish economy and society and help Irish retail and micro SME customers realise their dreams.’

‘On behalf of the management and all employees of KBC Bank Ireland, I am truly delighted with this decision. Everybody has worked extremely hard to accomplish a spectacular turnaround in difficult and challenging circumstances. We have managed to increase our customer base and deposits by 75% and 109% respectively, in the space of four years. We realise that our path to the future will be lined with both opportunities and challenges. But we are eager and have the skills, energy and determination to build this bank into the first digital-first customer-centric Irish bank, offering our customers instant, accessible and proactive solutions. We remain even more firmly focused on meeting customers’ needs for innovative, competitive banking products and growing market share across our business. We are especially grateful to our longstanding shareholder, KBC Group, for giving us this tremendous opportunity and  support to also become an innovation testing ground for digital-first solutions that can be used throughout the entire KBC Group. This fills us with pride and a great sense of responsibility. And we are fully ready to assume the role.’

The Irish economy has performed very well in recent years with 2016 set to be the third year in a row in which it  posted the strongest GDP growth  in the European Union. Importantly, the increase in GDP in 2016 which is estimated at about 4% was primarily driven by a strengthening trend in domestic economic activity. This translated into the fastest increase in employment in nine years and prompted a further sharp drop in the unemployment rate to 7.2% in December, a remarkable improvement from the early 2012 peak of 15.2% and now also clearly below the latest figure for the EU average of 8.3%. The pick-up in labour market conditions also resulted into a return to net inward migration in 2016.

In turn, these conditions have underpinned a stronger trajectory in consumer spending and the emergence of pent-up   demand for housing. Accordingly, new lending to households has picked up notably while household deposits have held broadly stable.  Healthier domestic economic conditions have also led to a further reduction in Irish government borrowing with end 2016 data likely to show Ireland’s public deficit and debt below the Euro area average.

A more uncertain global environment, particularly in relation to policy shifts in US and UK, may weigh on the pace of Irish GDP growth in the coming years. However, significant improvements in cost competitiveness in recent years, a stronger trend in domestic spending augmented by favourable demographics, a supportive fiscal stance and a favourable borrowing environment should provide significant offsetting support to activity and employment in the Irish economy. As a result, it is widely envisaged that Irish economic growth will remain above the European average.

Ireland has the youngest, digitally savvy population in Europe. 40% of the population are under 29 years of age.  According to the Google Consumer Barometer Survey 2015/16, the Irish are arguably the biggest internet mobile phone users in Europe / the Western world. The country has the highest percentage of population working in IT with third-level degrees (Eurostat). Ireland’s education expenditure is close to the top in Europe (Eurostat) with educational outcomes also close to top in Europe (OECD/PISA Report 2016).

The banking landscape in Ireland has contracted significantly since the financial crisis. The sector itself is moving out of crisis mode and beginning to invest again and there are indications of good growth potential.

Today KBC Bank Ireland is the only remaining privately owned (100% by KBC) bank left and is the primary digital challenger bank with a very focused physical distribution presence through  its hubs.

KBC Bank Ireland has been providing banking services in Ireland for almost 40 years and the bank has been transitioning from a mortgage and corporate lender to a retail bank since 2013.

KBC Bank Ireland is not a traditional bank with an extensive, legacy distribution network. The bank has a physical footprint with later opening hours and Saturday opening. Over 1 000 employees in Dublin, Cork, Limerick, Galway, Kilkenny, Waterford, Wicklow and Kildare are dedicated to creating a bank where the customer comes first. The Bank of You approach shines through in the products and services, and in the bank’s dealings with its customers, shareholders, team and the Irish community.

2016 was a year of strong growth driven by a customer focused approach which is helping deliver on KBC Bank Ireland’s strategy of becoming Ireland’s retail bank of the future. KBC’s challenger brand grew in 2016 and received external recognition for its growing contribution to financial services in Ireland. KBC’s reputation ranked number 1 in retail banking (Reptrak) and the bank achieved the prestigious Business in the Community Mark which recognises its commitment to principles of contribution to society and sustainability.

As part of its Investor Day presentations in June 2014, KBC Group communicated internally and externally that it would make a decision on the future of KBC’s presence in Ireland on the back of full-year results 2016. KBC Group and KBC Bank Ireland have been actively engaged in methodically assessing the strategic options for KBC Ireland to provide an answer to KBC Group on how to proceed in Ireland. 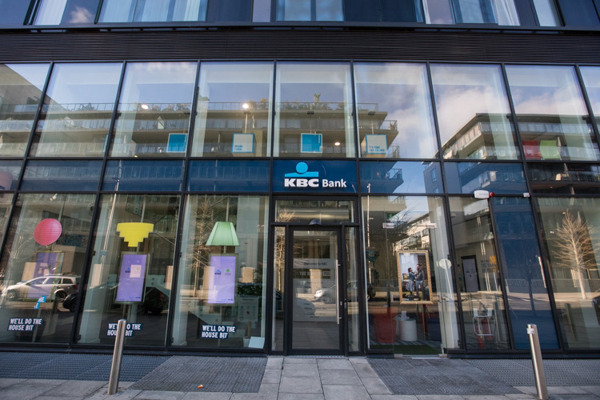