2021 an economic tipping point, but dream of herd immunity shattered

Although uncertainty has increased again recently, 2021 largely delivered on the promise of being an economic tipping point . The economic recovery which had already begun strongly in the US continued in Europe too. Following the double-dip recession caused by the third Covid winter wave, the European economy rallied strongly, driven mainly by fiscal stimulus measures and pent-up demand, and supported by an extremely accommodative monetary policy. We are forecasting euro area growth of 5.0% for 2021, with Belgium achieving even higher growth of 6.0% partly thanks to its lower exposure to supply problems. Employment recovered sharply and a wave of bankruptcies has so far been avoided. The question is still whether, despite lower employment, we are nearing the prospect of ‘full employment’.

However, the fourth wave of Covid infections makes it painfully clear that the battle against the pandemic has not yet been won. The dream of herd immunity once vaccination figures reached 70% is being shattered. Despite the effective vaccines, the explosive wave of infections is putting immense pressure on the Belgian and European health care system and leading to unprecedented absenteeism figures due to illness and quarantine measures. The reimposition of stricter Covid measures and the economic ‘after-shocks’ (e.g. on consumer confidence) will weigh on economic growth in the coming quarters.  In our baseline scenario, those effects are fairly temporary in nature. Booster shots and antiviral drugs (and the onset of spring and summer) will result in economic recovery during the course of 2022. But the risks of virus mutations have become very tangible with the emergence of the omicron variant, with potentially severe downside risks for global economic growth if the variant proves to pose a major risk to health. We are forecasting positive growth for 2022 (above the long-term equilibrium) of 3.5% and 2.5% for the euro area and Belgium, respectively, while the growth forecast for the US is 3.7%

End of the shortage economy?

Global imbalances between supply and demand will continue to weigh on the economy in the first part of 2022. A ‘normalisation’ of demand (currently heavily skewed towards goods) and supply ((due to stock depletion and supply problems as well as transport costs) will remove some (inflationary) pressure from the system. The ‘shortage economy’ that marked the second half of 2021 will initially persist and dampen growth, but will gradually move towards a new equilibrium. The economy is evolving towards a new equilibrium, supported by automation and digitalisation, a (very) squeezed labour market, substantially higher debt positions and increased (economic) uncertainty.

High inflation as a result

The inflation motor is still running at full revs, in successive waves. While a first inflationary wave was generally expected in the wake of the recovery in the oil price, the strong and persistent effects of the reopening of the economy and the energy crisis came as a surprise in the autumn of 2021. Inflation reached new multi-year records, both in Europe (4.9%) and the US (6.2%). Most indicators suggest that inflation will remain high over the coming months. We do however expect a gradual normalisation over the medium term as the supply problems and shortages are slowly resolved and energy prices stabilise at new equilibrium levels. The inflationary risks remain high, however; they are all on the upside and will increase the longer inflation remains high. (The US is exposed to a greater risk here that the euro area).

Central thanks are increasingly facing their ‘pick your poison’ moment. The choice between providing further support for the economic recovery or anchoring inflation is becoming ever more urgent as the downside growth risks stemming from the supply bottlenecks and new Covid waves increase and second-round inflation effects become more likely. The global (in many cases gradual) normalisation of monetary policy appears to have begun. A growing number of central banks, both in emerging and developed economies, have either announced or embarked on the path towards normalisation. Inflation risks are also high on the agenda of the Fed, and we expect the tapering of the bond purchase programme to be complete by the middle of 2022, bringing the possibility of the first interest rate hikes during the second half of 2022. By contrast, the ECB continues to focus on maintaining lenient financing terms, with the PEPP programme being followed by a flexible policy instrument, while key interest rates will remain unchanged in 2022. The global economic revival and higher inflation forecasts are gradually driving up long-term interest rates. However, low equilibrium real interest rates still suggest a relatively low equilibrium level.

The Belgian economy performed fairly strongly in 2021, partly thanks to the industrial sector, which was less badly hit by supply constraints than the euro area as a whole. The renewed deterioration in the climate surrounding the pandemic will depress economic activity in Belgium, too, in the short term. However, we think it will pick up again in 2022, as elsewhere in Europe (see above). For the full-year 2022, we are projecting GDP growth of 2.5% for Belgium, well below what was being anticipated until recently and also below the consensus forecast (3.2%).

The Belgian labour market has withstood the coronavirus crisis well and benefited from the powerful economic recovery. Employment in the third quarter of 2021 was 1.5% above the pre-crisis level. Nonetheless, a ‘perfect storm’ is gathering over the Belgian labour market. The combination of a rapidly returning squeeze on jobs, staff absenteeism due to Covid illness and quarantines, and the demographic reduction in the active labour force (aged 20-64 years) throw the staff shortages faced by Belgian businesses into sharp relief. That could lead to upward wage pressure, on top of the risk of high wage rises due to accelerating inflation. Belgium’s automatic wage indexation means that a persistently higher rate of inflation than in the euro area could translate into a loss of competitiveness. After the improvement that has taken place since 2015, an about-turn in its competitive position would be a bad thing for Belgium’s economic growth in the medium term. 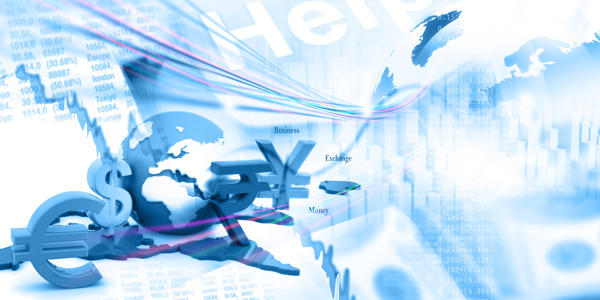