Clemens Scholzen is 54 years old. He graduated from the Université de Mons (Belgium) in 1987 with a Master’s Degree in Applied Economics. He also holds a degree in Marketing Distribution from the Brussels EPHEC Institute. He started his career at Banque Bruxelles Lambert (currently ING) in 1987, where he built up extensive experience in retail and corporate banking, both in Belgium and abroad. In 1999, he became Commercial Director of Retail Banking for ING’s Belgian network. Continuing his career at ING, he took up several senior managerial commercial posts in Wallonia and Brussels. At present, he is in charge of ING’s independent network. Clemens Scholzen is married with three children.

Daniel Falque, CEO of KBC’s Belgium Business Unit & Chairman of the Board of Directors of CBC Banque: ‘I would like to express my gratitude to Jean-Pierre Jansen for his achievements at CBC, which he has successfully led for the past year. He is one of the driving forces behind CBC’s strategy in Wallonia and has further improved CBC’s position and visibility. I am very pleased to see him resume his responsibilities as a highly valued member of the Executive Committee of CBC.

I am also entirely confident that Clemens Scholzen will further strengthen CBC’s position in the Belgian financial landscape. His skills and expertise, his experience of the market, his affinity with the culture of French-speaking Belgium and his local embeddedness will undoubtedly help him to quickly gain the trust of CBC’s clients, staff and other stakeholders, and equip him to continue successfully expanding the bank in Wallonia in the years ahead. We are delighted, therefore, that he is joining us to strengthen the CBC team.’

Clemens Scholzen: ‘It is an honour for me to join CBC and to be able to follow in the footsteps of Jean-Pierre Jansen and to work closely with him. I am also very pleased to be joining the KBC group. I look forward to working with new colleagues whose commitment, professionalism and knowledge have made CBC Banque a success, and will undoubtedly guarantee its further success and development.

CBC has a unique position in Wallonia and has developed a strategy and dynamism that has delivered outstanding results. It is now my job and that of my future colleagues to serve our current and future clients as well as we possibly can and to guide them in all their banking and insurance projects, just as my predecessors have done before me.’ 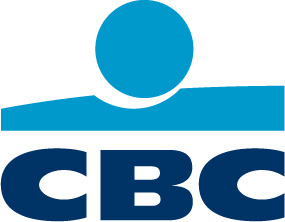